Home Who We Are Recent Events

At Recruitment Edge we host a number of events that are designed to keep our clients informed of recent developments in the recruitment industry.  Featuring guest presenters and industry experts, the events also provide a unique networking opportunity for HR and recruitment professionals in the local area.

How to Get What You Want ... The Art and Science of Negotiating Wisely
Michelle Gibbings - June 2017

Diversity and Creative Thinking: Which Two Heads Are Better Than One?
Juliet Bourke, Deloitte - June 2016

The Elephant in the Room - Demystifying Culture in the Workplace
Jeremy Nichols, Composure Group - May 2015

Business Fundraiser - Mental Health in the Workplace
Graeme Cowan
Supporting R U OK? in the prevention of suicide - May 2014

The Third Space: How HR mgrs can show up with the right mindset every time
Dr Adam Fraser - June 2013

9 Inescapable Truths for a Prosperous Life! -
How to Maximise Potential in work and life
David Penglase - June 2012

SuperTalent: The Way You Attract The Best and Brightest Has Changed
Brooke Alexander - March 2012 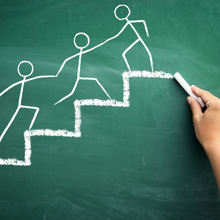 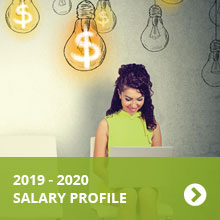 "Recruitment Edge's success is based on a deep understanding of the business, building trusting relationships with its client as well as the candidates."

"The best aspect of the Recruitment Edge service is the professional nature of the interaction with clients. Staff are always more than happy to help, efficient and don't muck you about with useless candidates. No improvement required! 100/100 compared to other agencies."

"It's a testament to the quality of Recruitment Edge services that I would not consider using any other recruitment agency; either now or in the future. Their work ethic and selection process is exemplary and this is most certainly reflected in the high quality of candidates while still managing to ensure 'value for money' in a very competitive market."

"Recruitment Edge stands out from the other recruitment firms because they are passionate about what they do and they genuinely care about their client and candidate relationships, they want long-term relationships. This is a truly unique characteristic to find in their industry."

"What sets Recruitment Edge apart from other recruiters is that they take the time to understand the client's needs. Zetco has very high standards and Tania and her team have always ensured that prospective candidates are the right fit. Recruitment Edge's professional philosophy includes a strong commitment to workplace health & safety and it is well aligned with Zetco's policies and procedures."

"The Recruitment Edge Team are passionate, dedicated and friendly. INSTYLE and I are fortunate to be associated with you. So many of our critical operational positions at INSTYLE are peopled by fantastic candidates that Recruitment Edge sent us. We have a vibrant office culture at INSTYLE - I guess it's another reason why we gravitate towards a relationship with Recruitment Edge, we think alike!"

"Consistently provides a service which is second to none and they are a true business partner in every sense. Engaging Recruitment Edge will be the best decision you make.....one day you will look around and realise that all your great people have been placed by Recruitment Edge."